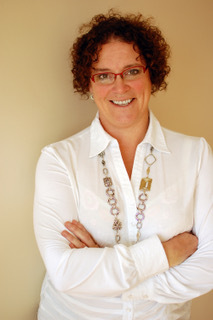 Dr Laurie Morrison is an international leader in resuscitation, with many substantive contributions to advance CPR and ECC. Dr. Morrison’s resuscitation leadership began as a pioneering woman Director of Emergency Medicine at the University of Toronto (1992-2006) and accelerated markedly over three decades resulting in a global reputation for strong research and leadership in the field. She was the first Canadian woman in Emergency Medicine with an endowed chair in research.

Dr Morrison’s work includes preeminent contributions to and leadership in the following areas: clinical care (particularly prehospital resuscitation) through the founding of Rescu, a large collaborative prehospital research program in southern Ontario, Canada, and the implementation of the Strategies for Post Arrest Care (SPARC) network, a successful knowledge translation initiative for ED and ICU care providers; international research networks to advance science and best practice in resuscitation, including as leading investigator in the ROC and CanROC networks, and as a driver of research dissemination and translation to best practice; education and programing, as a leader of guideline and evidence evaluation processes, and director of a graduate collaborative training program in resuscitation sciences at the University of Toronto, where she hosts the highly successful, biannual Resuscitation in Motion (RiM), a meeting with special focus on networking and mentorship for trainees and young faculty: the future of our field; advancing equity and diversity in resuscitation research, serving as a role model and mentor to many women and racially diverse trainees and early career researchers in Canada and internationally.

Dr. Morrison has been an inspirational leader of Canadian, AHA ECC programs, and ILCOR. Over the course of her career, she has chaired the AHA ACLS committee, ILCOR Continuous Evidence Evaluation Working Group, ILCOR ALS Task Force, and the ILCOR ACS Task Force, shepherding the development of guidelines, algorithms, and other educational materials. Perhaps most impressively, she has led the path from the previous expert opinion process to the rigorous, state-of-the-art, international evidence evaluation processes supporting treatment recommendations and consensus statements, as well as providing the basis for the derivation of evidence-based guidelines by resuscitation councils across the world.

Dr. Morrison is a prolific author with more than 280 peer-reviewed publications, including numerous Canadian, AHA, and ILCOR guidelines and scientific statements. Among her landmark contributions are the Termination of Resuscitation rule, post arrest translation tools enhancing guideline compliance at the bedside, the epidemiology/outcomes of maternal and youth OHCA, gender-based differences in OHCA outcomes, and four NIH-ROC randomized control trials published in NEJM.

As a resuscitation leader, Dr Morrison promotes diversification through modeling, equity, and inclusiveness. She has supervised more than 80 graduate students of myriad backgrounds and at all levels of training. With her guidance and mentorship many have won significant awards and accolades and have gone on to be leaders in both resuscitation research and practice.