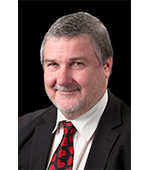 Professor Peter Morley has represented ANZCOR on ILCOR since 1998. He is the current ILCOR Treasurer, and Chairs the Scientific Advisory Committee (SAC). Professor Morley has been a member of the Australian Resuscitation Council (ARC) for 30 years. Currently, as Chairman he oversees the production of the ANZCOR Guidelines for Resuscitation and First Aid. He is also a Senior Clinician in ICU and Director of Medical Education for the University of Melbourne Clinical School at Royal Melbourne Hospital.

Professor Morley’s substantial contributions to resuscitation and emergency care are well recognised both nationally and internationally. He has been an ILCOR Task Force member since 1998. He was an Evidence Evaluation Expert in 2005, 2010, 2015, and now is Chair of the Scientific Advisory Committee. Peter has been involved in the authorship of ARC, ANZCOR and AHA Guidelines. Peter oversaw the introduction of Advanced Life Support courses in Australia, which are now widely run throughout Australia, currently training over 7000 candidates annually.

Professor Morley has published over 250 peer-reviewed publications, including over 40 from his work with ILCOR. Peter has been a co-author on multiple ILCOR Advisory Statements and International Resuscitation Guidelines. He was involved in the authorship of many Utstein Guidelines, which have provided a uniformed platform for the reporting of cardiac arrest data. He also led the development of the first Australian ALS manuals and is an Editorial Board Member of the international journal Resuscitation.

Peter’s landmark contribution has been in improving the science of evidence review for ILCOR. He was a leader on the Editorial Board of the Consensus on Science with Treatment Recommendations (CoSTR) and involved in the creation of the CoSTR documents and in subsequent revisions to the guideline development process. His leadership and contribution were recently recognised in the receipt of an American Heart Association Resuscitation Science Symposium Lifetime Achievement Award.

Professor Morley has been a leader in the evolution of the ILCOR Evidence Evaluation and Consensus on Science processes. He has ensured this process has been performed in line with international recommendations, including GRADE methodology.

Professor Morley has a long-standing relationship with the AHA, as an evidence evaluation expert and co-author for the past and current guidelines. In addition to his many and varied achievements Peter has consistently shown collegiality and friendship to his national and international colleagues.

Professor Morley is a passionate educator. In his role as Director of Medical Education at Royal Melbourne Hospital he is responsible for delivery of the clinical curriculum to 200-300 students each calendar year. He has introduced initiatives ensuring graduates are resilient, lifelong learners, who are reflective in their practice, and who will be the future leaders in clinical medicine and medical research.

In his role as Chairman of the ARC, Peter has been supportive of diversity in the committee (e.g. gender and clinical discipline). He has also been instrumental in enhancing more community involvement in ARC - including the introduction of two consumer representatives onto the ARC National Council.