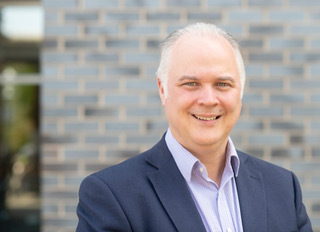 Gavin Perkins is widely recognised as one of the world’s leading exerts in cardiopulmonary resuscitation (CPR). He has been undertaking and publishing resuscitation research for more than 20 years and now leads a clinical trials unit that is producing outstanding research across several clinical domains but particularly in CPR. Gavin has been an active contributor to the International Liaison Committee on Resuscitation (ILCOR), the European Resuscitation Council (ERC) and the Resuscitation Council UK (RCUK) for many years and holds major leadership roles in all these organisations. He is currently ILCOR Co-Chair and Director of Research for the ERC.

Gavin led major contributions to the ERC and RCUK advanced life support (ALS) course (he is the immediate past Chair of the ALS Course Committee) including the implementation of the e-ALS course that incorporated blended learning and enabled ALS training to be delivered far more efficiently. As a leading contributor to the ILCOR Basic Life Support Task Force, Gavin has also contributed to the development of BLS Treatment Recommendations and Guidelines worldwide. In his position as ERC Director of Guidelines, Gavin led the ERC 2021 Guidelines process and is responsible for the most evidence-based ERC Guidelines to date.

Over the last 20 years, Gavin has published over 400 publications in peer reviewed journals including >200 original papers, 45 international consensus on science / guidelines, 43 editorials, 46 reviews, 14 national guidelines, including NEJM, Lancet, JAMA, BMJ, Annals Internal Medicine, and 48 books / book chapters. Most of these outputs have been in the field of CPR and ECC.

Gavin has raised over £ 12.5m ($17m USD) for cardiac arrest research (lead investigator) and £ 9m ($12m USD) in collaboration with others from around the world. Exemplars of his work include the PARAMEDIC-1 (cluster randomised trial of mechanical chest compression in OHCA) which was recognized through the award of the Society of Clinical Trials Trial of the Year Award (2014). He also led PARAMEDIC-2 (placebo-controlled trial of adrenaline in OHCA) trials. These can both be considered as landmark trials in CPR but the PARAMEDIC-2 trial, in particular, was an outstanding achievement and is considered widely as one of the most significant resuscitation trials in recent years.

Gavin was responsible for developing and implementing the United Kingdom OHCA outcomes (OHCAO) registry – this is one of the few truly national registries in the world is being used to generate data that will help to inform cardiac arrest epidemiology and outcomes. He played a major role in identifying limitations of CPR feedback devices during in-hospital cardiac arrest, leading to the development of new technologies to overcome problems with detecting compression depth. He is one of the leaders in the development of the Recommended Summary Plan for Emergency Care and Treatment (ReSPECT) which is being rolled out across the UK.

Gavin’s research and education contributions cover every link in the chain of survival and, as such, underpin many goals of ECC programs. He has worked closely with charities to support major media campaigns and to build a national defibrillator network. As Chair of the UK Community and Ambulance Committee, he oversaw the UK national curriculum for community CPR and defibrillation and worked with the UK government to develop the national plan to improve cardiac arrest outcomes. These programmes have improved bystander CPR (by 8%), doubled community defibrillation rates, contributing to hundreds more patients surviving cardiac arrest.

Gavin has supported 16 PhD students. His exceptional leadership has resulted in many individuals of all disciplines joining his research team at the University of Warwick and electing to follow an academic career in resuscitation medicine.

Gavin is strong promoter of diversity as evidenced by the multidisciplinary team he leads at the University of Warwick and his promotion of diversity in ILCOR. He is highly regarded by the paramedic community in the UK. He increased diversity (gender, ethnicity, profession, countries) in the ERC 2021 Guidelines. He developed the ERC Petter Steen and Ian Jacobs Young Investigator Awards ensuring recognition and support for the next generational of resuscitation leaders.

Gavin works as Professor of Critical Care Medicine and is Director of Warwick Clinical Trials Unit, based within Warwick Medical School at the University of Warwick in the UK. He holds honorary clinical appointments as a Consultant Physician within University Hospitals Birmingham and West Midlands Ambulance Service.